In 1976, Jack Partridge,  had the vision of producing serious wines from fruit that he could grow in New England based on recipes described by early Pilgrims.

Some 44 years ago, or recently as described by Wine Enthusiast,  an adventurous pioneer name Jack Partridge had the vision to bring serious winemaking techniques to the fermentation of fruits other than grapes.  Jack was inspired by American history and a scientific approach to fermenting local fruits into dry style wines.  Along with Larry Ames, a Brown University graduate, and probably the first commercial winemaker in Massachusetts, Jack and Larry created something new and exciting under the name of Nashoba Valley Winery.   Forty years later, other serious vintners are being inspired and applauded for their vision! 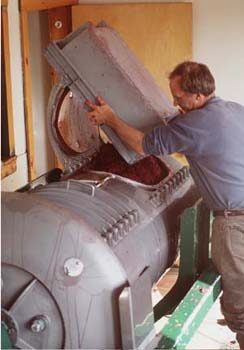 While the vision started in 1976, Nashoba Valley Winery was born in 1978 when founder Jack Partridge’s interest in fruit wines exceeded his fascination with being a city planning for the City of Cambridge. After producing wines out of his house for 2 years, he rented space in a West Concord mill building called Damon Mill. By 1980, as the business expanded, so did Partridge’s desire to locate in an orchard, where he could grow a wide assortment of fruits for the wines. In 1983 Partridge found just the spot in Bolton which at the time was known as Upland Farm.

The property included a rustic farmhouse which was built in 1923 and was originally owned by Dr. Clemens, a chiropractor.  In 1983 Jack Partridge purchased the property, built the original wine shop, replanted the orchard and established Nashoba Valley Winery & Orchard. From 1983 until 1995, Jack Partridge lived with his family in the farmhouse until it was sold to its current owners, Rich and Cindy Pelletier. 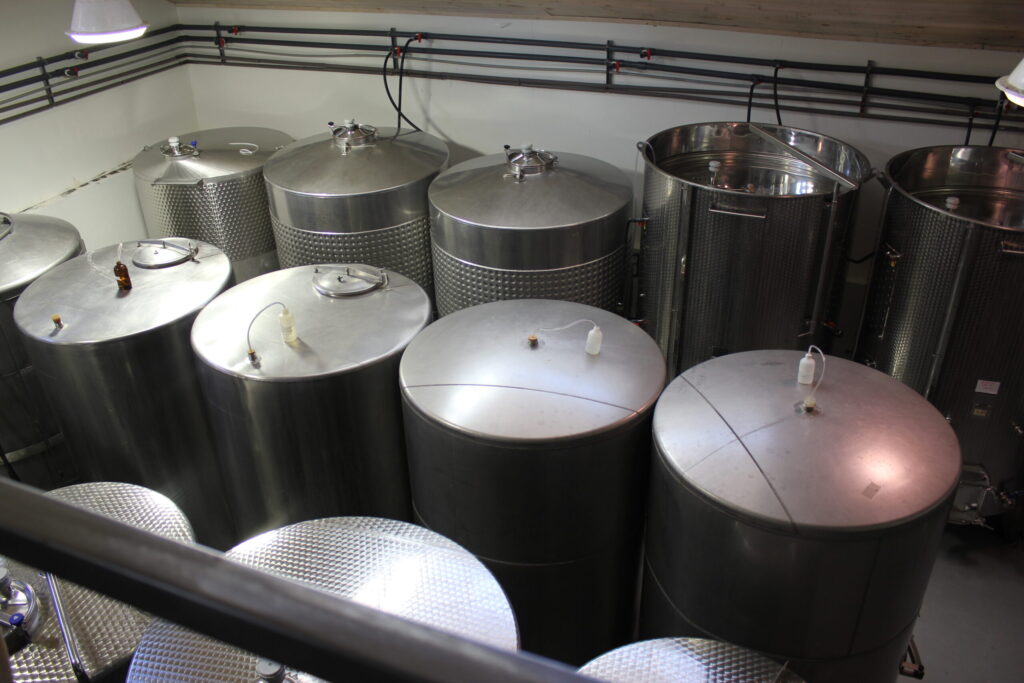 With Over 40000 gallons of tank space, the winery produces 37 different wines and over 13000 cases per year. 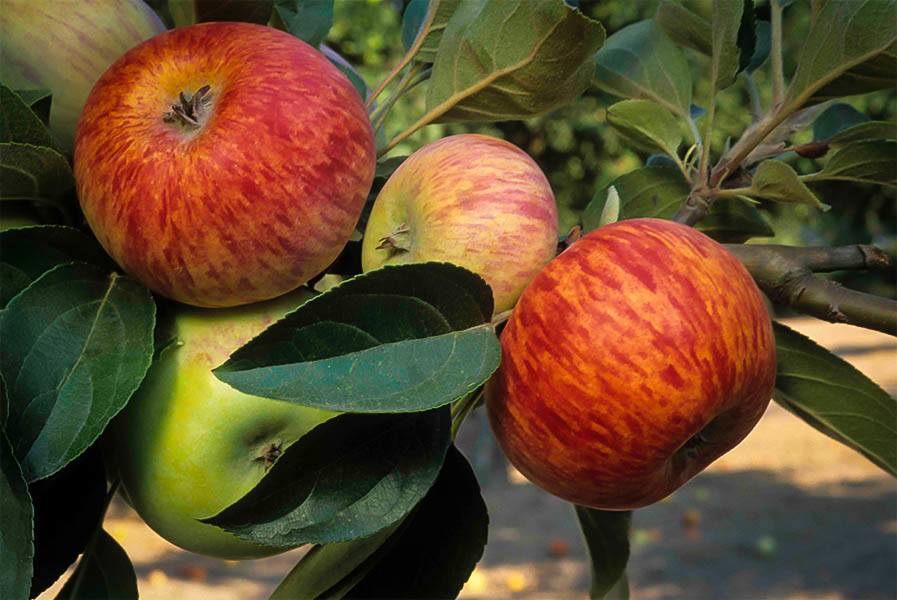 One of Jack’s many accomplishments was the Planting of over 100 varieties of antique apples for his experimentation with wine and the best varieties for producing the finest wines and ciders.

Today, Nashoba Valley Winery is Massachusetts’s leading fruit wine producer and the nation’s pioneering “winery orchard.” With over 100 national and international medals to its credit and accolades from such noteworthy publications as “Boston Magazine”, “Wine Enthusiast”, “Cooking Lite Magazine”, “Food and Wine”, “Boston Parent’s Paper”, “The Yankee Magazine” 2003 Editors Choice, Travel & Leisure, Nashoba Valley Winery is one of the ultimate destinations on the east coast. 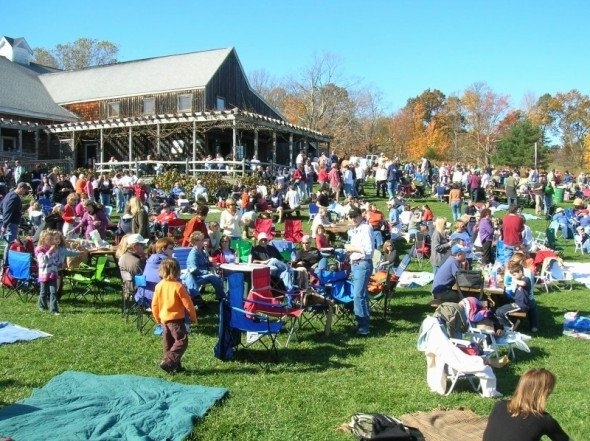 In 1995, the concept of grown locally was starting to be developed and agritourism was a concept not a business.  With a new team in place, Nashoba began to bring west coast concept to an east coast farm.  A visit had to become an experience; a place where people gather to experience open land and dirty hands. 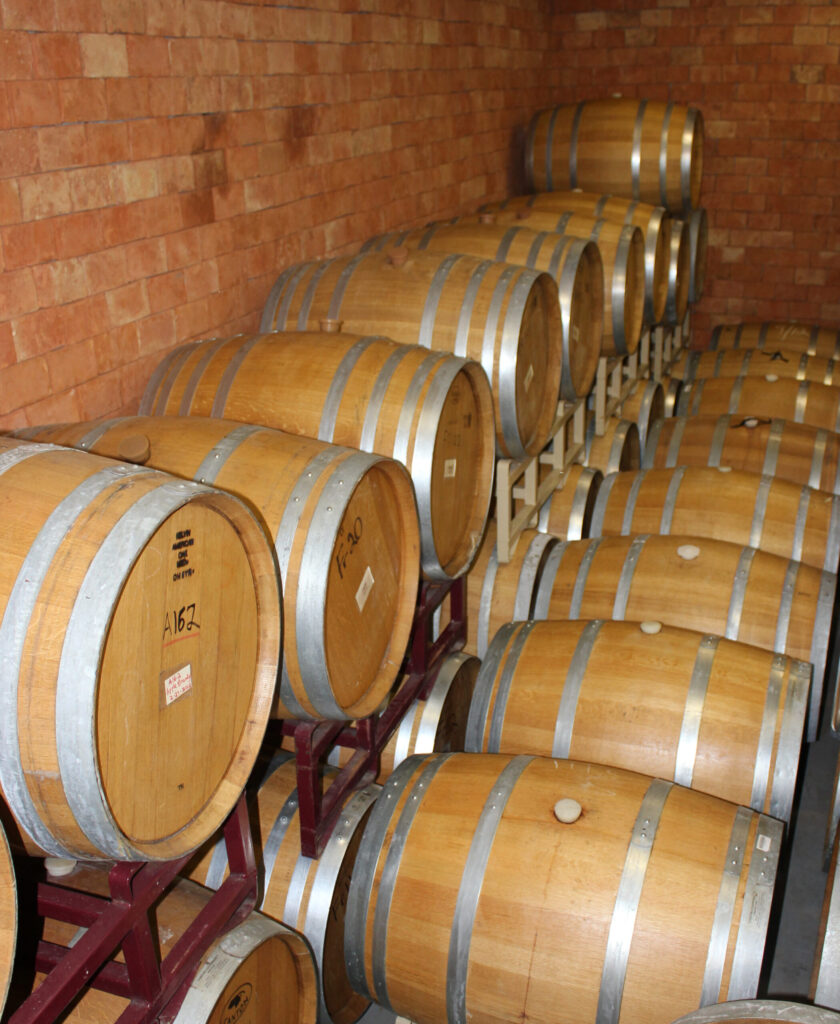 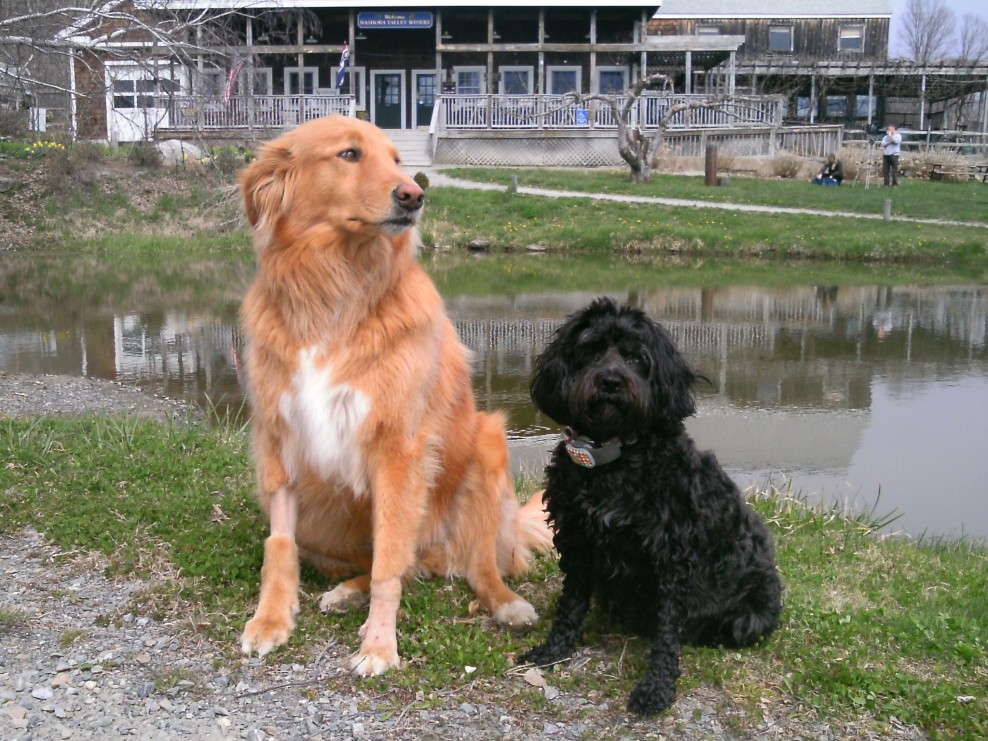 From 1995 to 1998, the transition team focused on recreating the original wines which required bringing back the original winemaker, Larry Ames.  Rich Pelletier remembers being told by Bob Davis, a big-league farmer in Bolton, that to rebuild the winery’s image required him to bring back Larry to make the wines.

It seemed only natural to open a restaurant at Nashoba Valley Winery to showcase the many varieties of wines as well as the fruits, herbs, vegetables and edible flowers that are grown in the orchard. Awarded “Gourmet Greatness” by the Phantom Gourmet, Zagat rated since 2003, and Community Newspaper Company Reader’s Choice Award winner since 2004, the restaurant offers seasonal menus artfully prepared and carefully served in a charming locale. 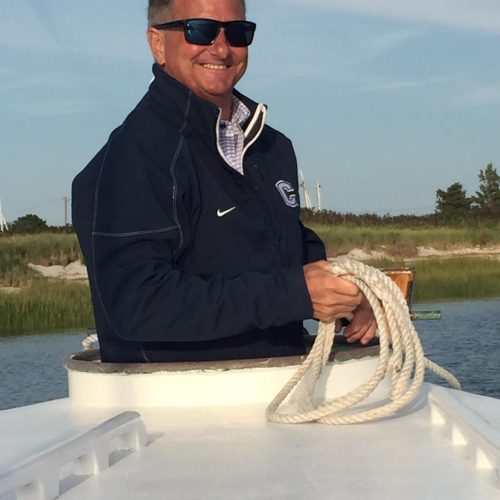 President, IT and Maintenance 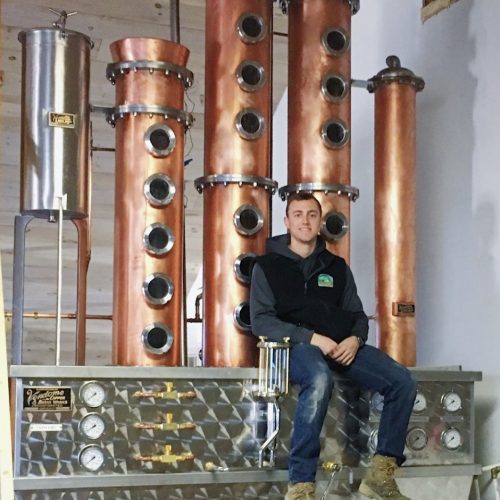 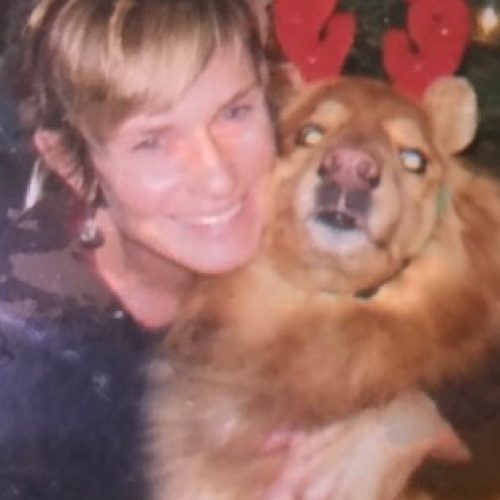 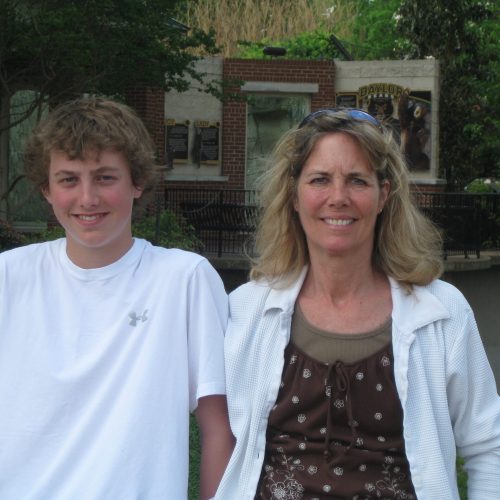 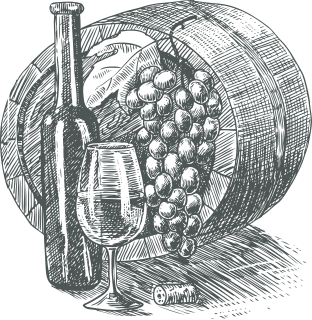 Jack Partridge begins makine wines in the basement of his house in Sommerville, Massachusetts.

The winery produces first vintage of commercial wine at Damon Mills in West Concord, Massachusetts in 1989 and moves to Upland Farm in 1984.

The Pelletier Family starts its quest to turn Nashoba Winery into a destination vineyard with goals of adding a restaurant, festivals and weddings.  Experimentation begins with growing grapes in the vineyard block now dedicated to St. Croix. 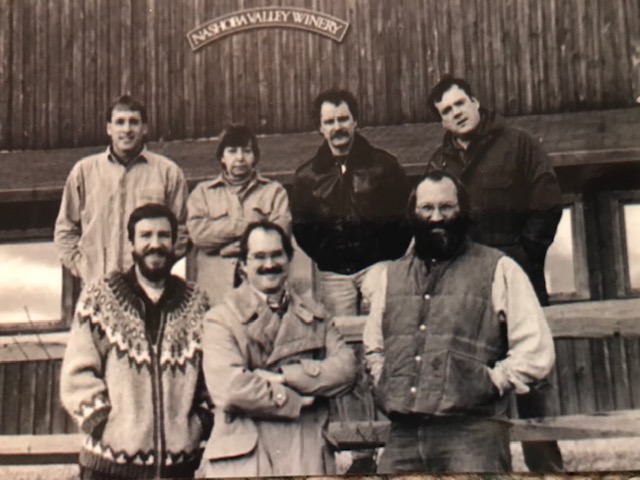 Named after the owner’s sons, Jesse and Justin, our restaurant was established to showcase the wine & food of our local farm.  The first major renovation was to add a commercial kitchen to the existing farm house.  In 2019, J’s Restaurant is named one of the top winery restaurants in America. 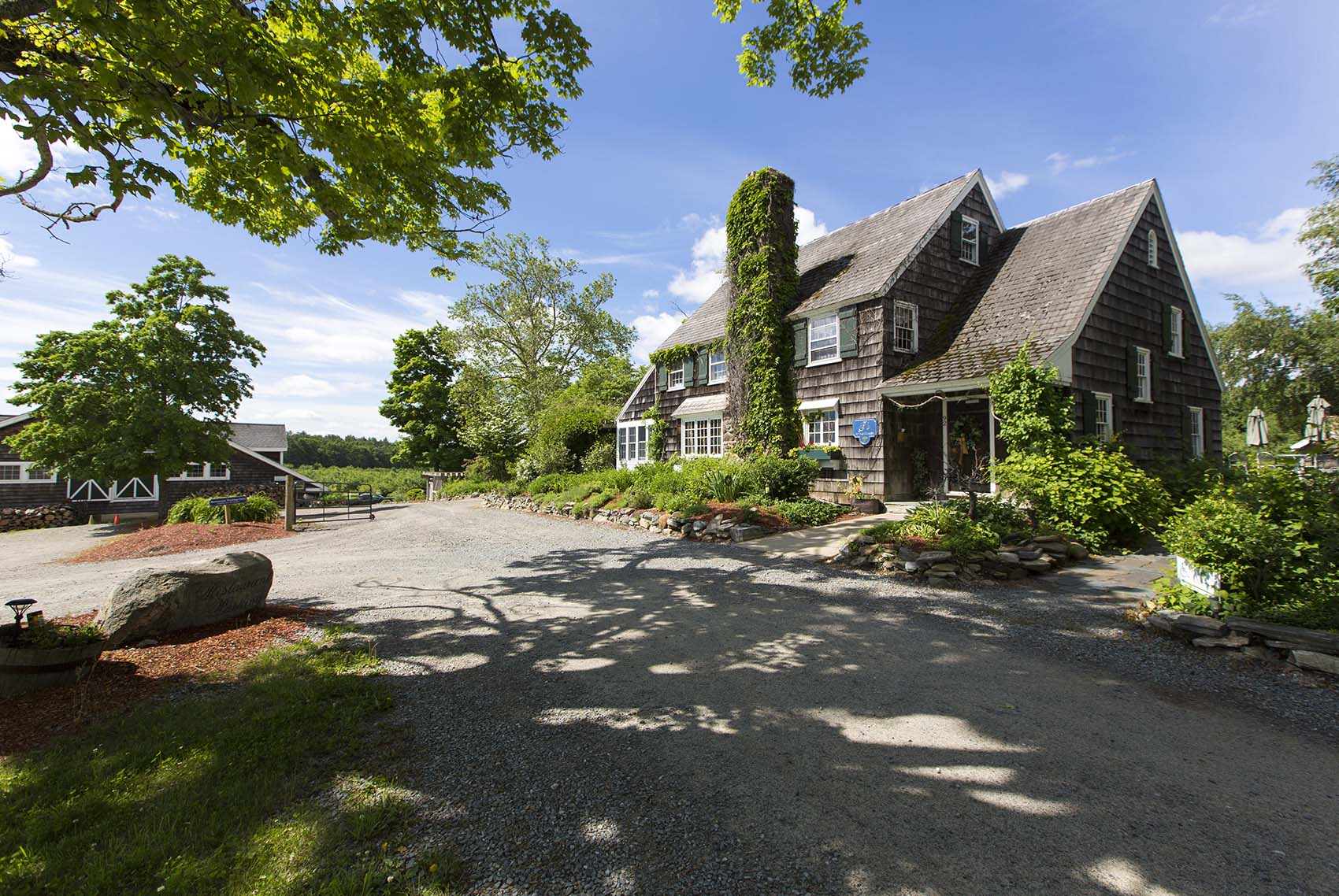 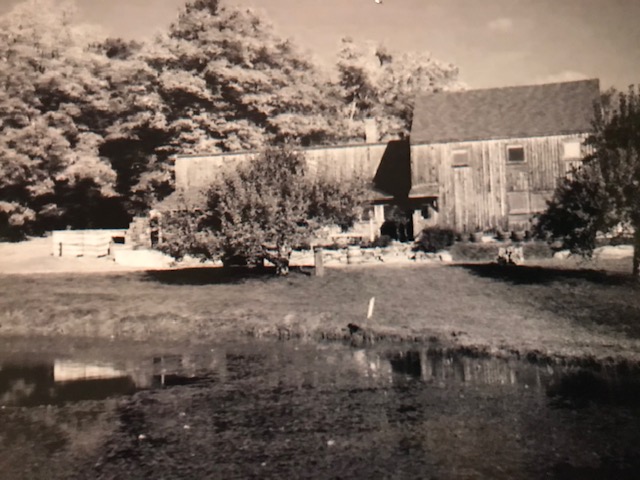 A building over a building. The building to the right was actually build over the original winery so that production operations could continue during construction.  On the left, the right side of the building remained while the left side was engulfed by a new structure and later walls were removed. 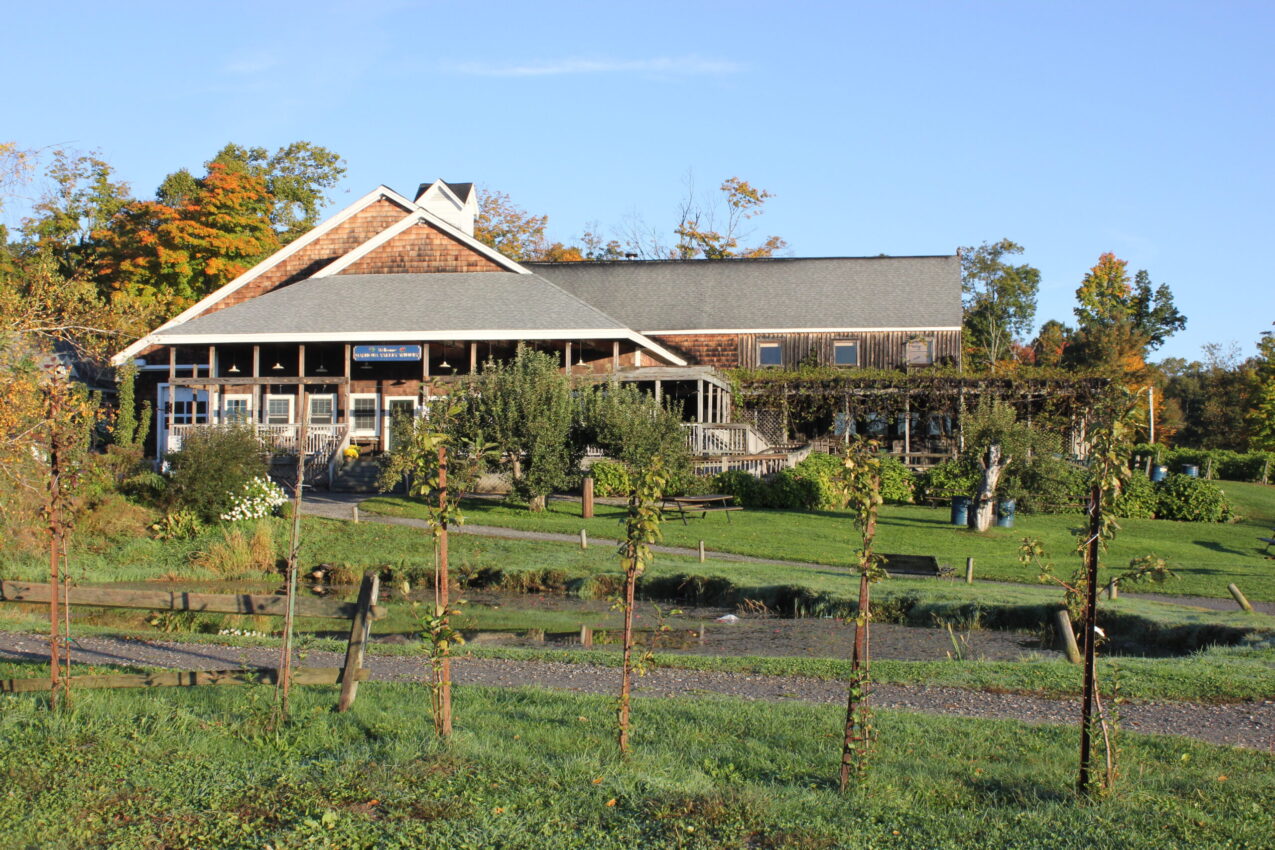 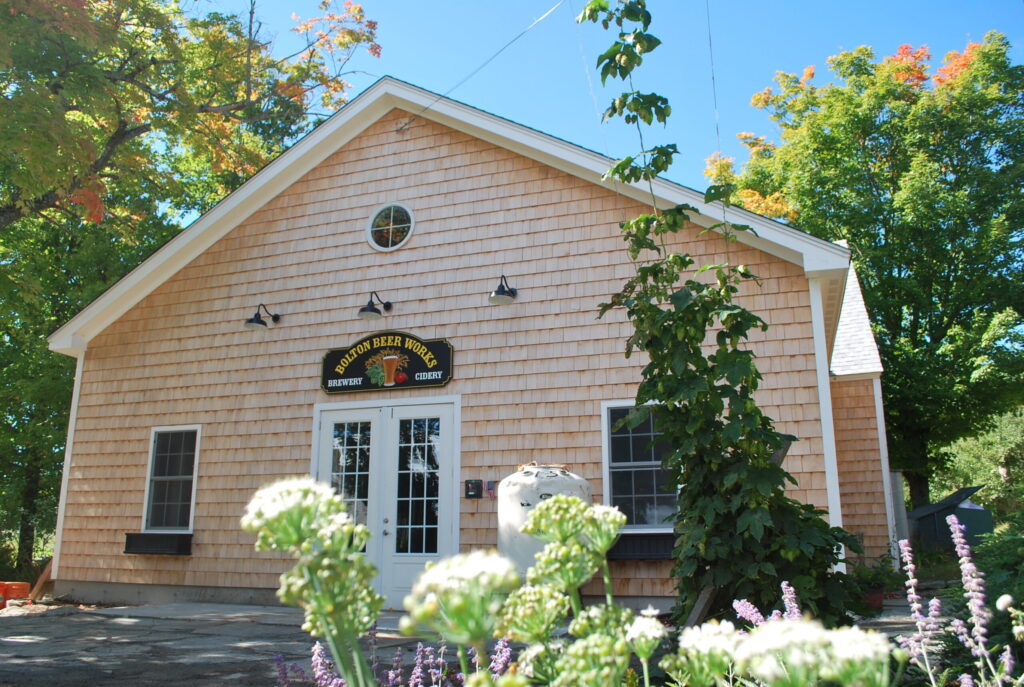 The evolution of agri-tourism brings the plan to action with Nashoba leading the way.  The Wedding Pavilion is built and Nashoba is designated in 2020 as one of the top 10 places in Massachusetts to host a wedding.  The brewery is constructed so that all beers and wines served in our venues are featuring products made on site.  In 2001, Nashoba is granted the first Farmer’s Distillery License in Massachusetts and becomes the leader in producing Vodka made from Apples.  Never from gluten is the theme. . 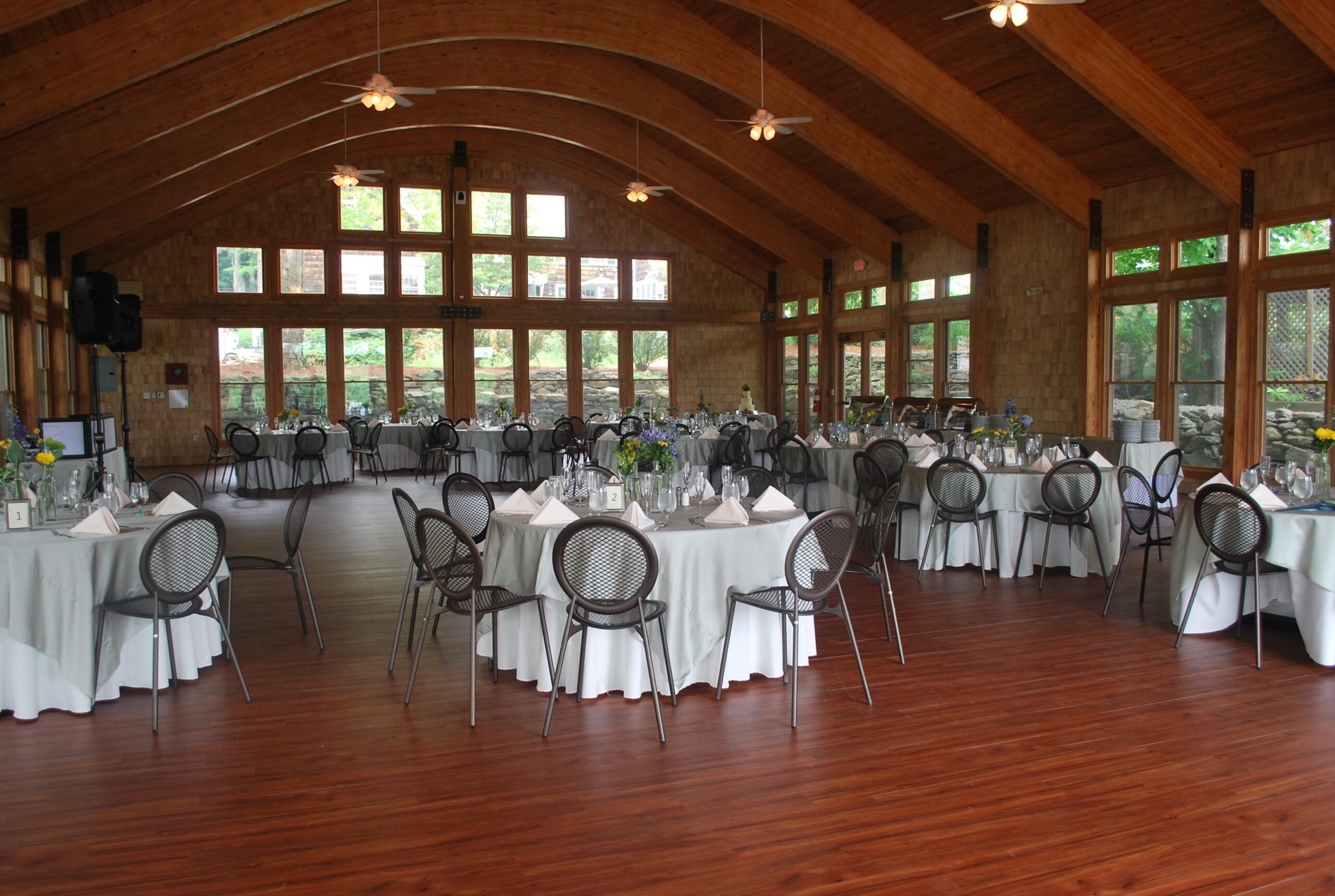 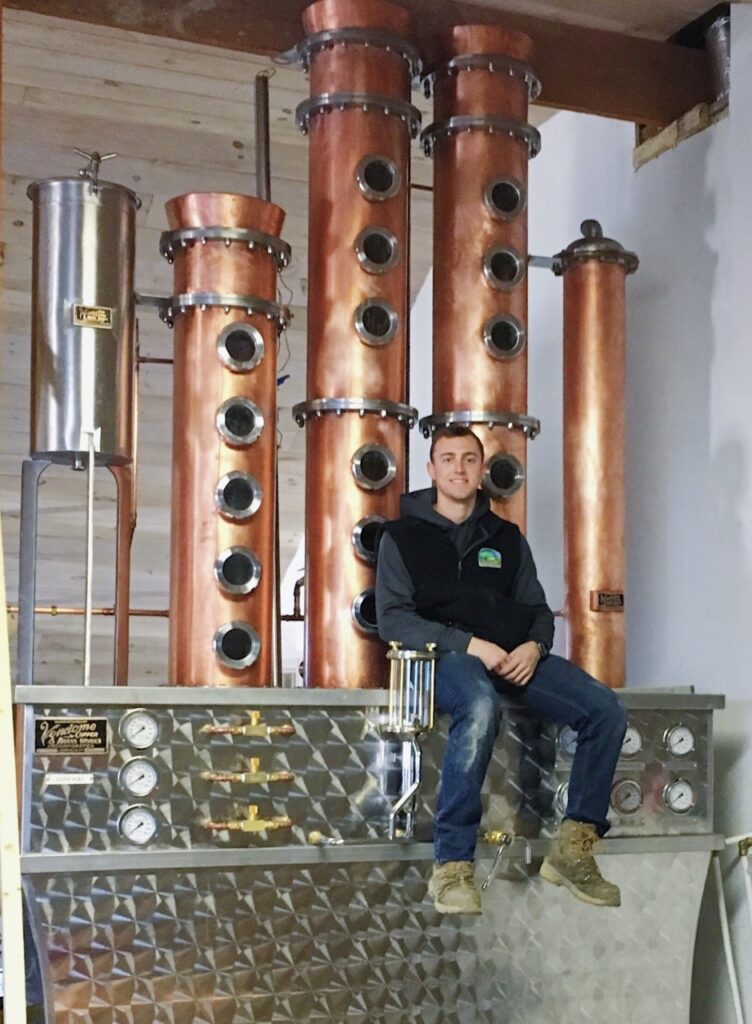 Nashoba expands its Distillery which ends up making more sanitizer than hooch in 2020.  Well, the best-made plans came to a screeching halt as we were all told to go to our rooms.  Awe, whiskey takes years to make so, in theory, we lost a year of sales but gained a year of aging!  Aging can be a good thing to a hooch in a barrel. 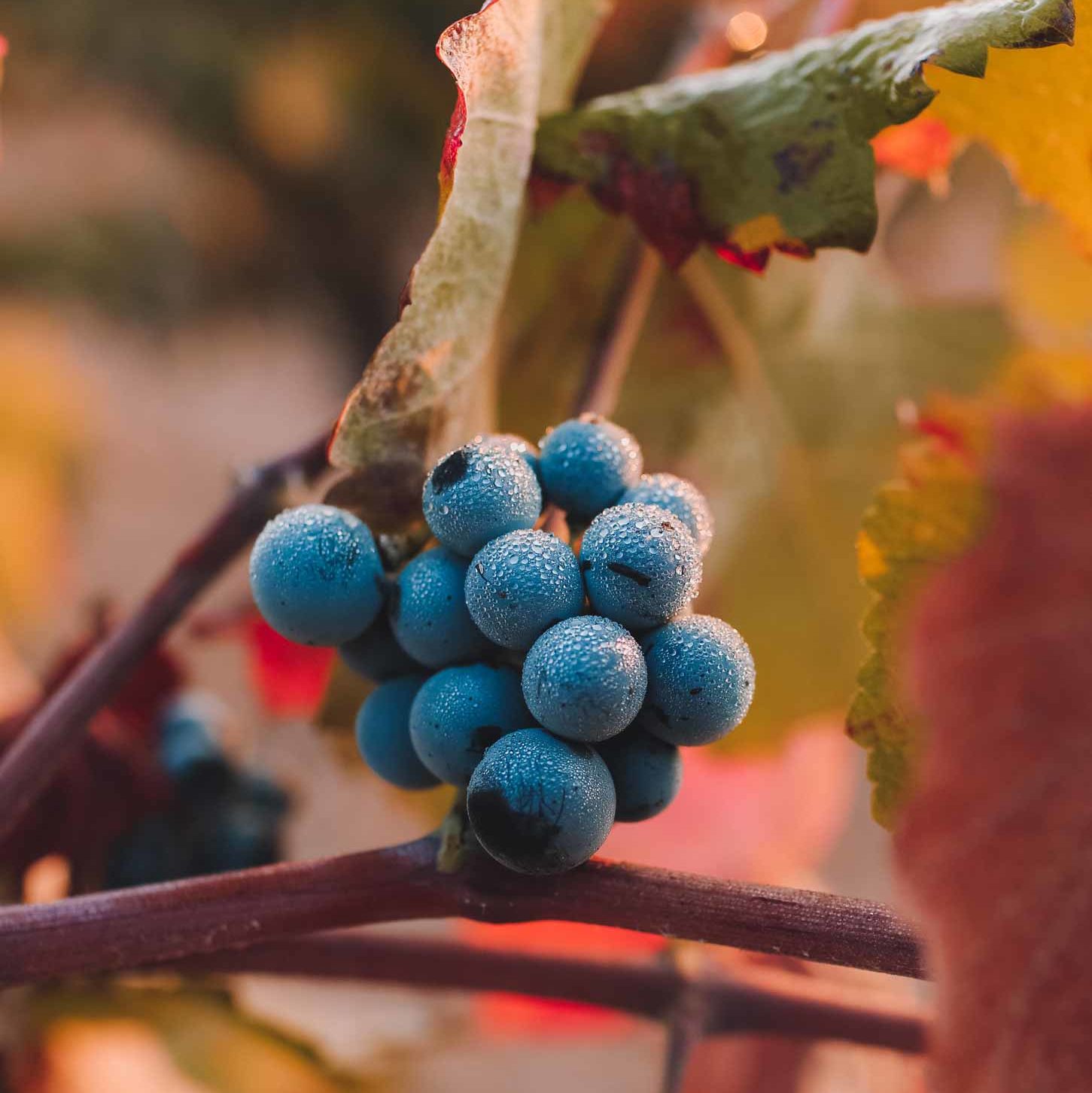 As part of our commitment to the Massachusetts agricultural industry, Nashoba has adopted over 15 acres of land that it leases that was intended for development. According to the USDA, the U.S. has lost over five million farms since 1935. Family farms are going out of business at break-neck speed, causing rural communities to deteriorate. The U.S. loses two acres of farmland each minute as cities and suburbs spread into the surrounding communities. By supporting local farms near suburban areas and around cities, you help keep farmers on the land, and, at the same time, preserve open spaces and counteract urban sprawl. 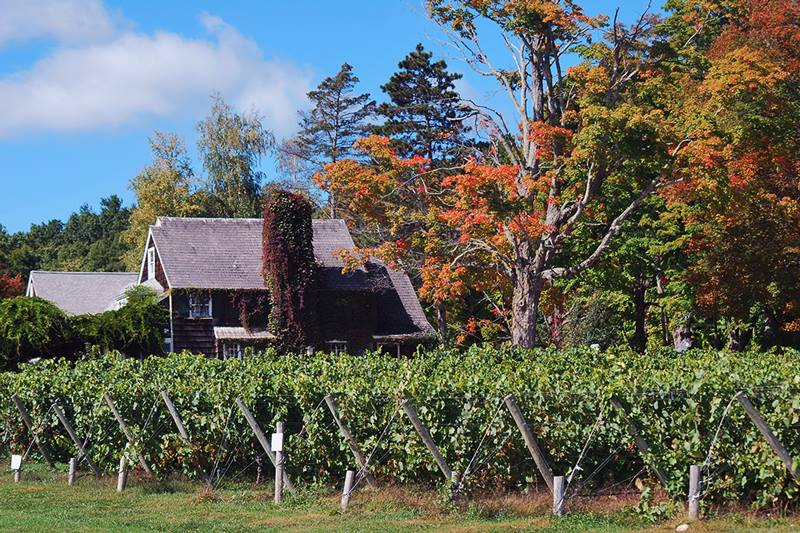 As part of the agricultural industry, we fully depend on our surrounding, just as it depends on us. That’s why we grow our fruits using Integrated Pest Management (IPM). Integrated pest management(IPM) uses biological pest and reduced pesticides and advnace monitoring to reduce the overuse of pesticide applications. IPM aims to develop and extend effective, affordable, and environmentally-sound control stratergies. Over the past decades the carbon footprint of the winery has been positive, which is something we’re really proud of.

Grown and Produced by your Neighbors

Made in Massachusetts by your neighbors lets you know that our wines are being produced by qualified, well paid, professional employees earning a fair wage and producing a quality product.  As much as possible, we buy American and support local companies, farms and individuals.  When a farmer’s crop is hit by hail, we are there to help him survive by processing his crop into wine or spirits and still paying her or him a fair price.  From cranberry gowers on the cape, to apple and peach farms around Bolton to blueberry growers in Maine and maple syrup harvesters in the Berkshires,  Nashoba Winery has friends in the farming community because everyone is treated as family.

Can you purchase less expensive wine?  Absolutely but probably not as good and probably not from a grower with the reputation of Nashoba Valley.  A bottle of Nashoba not only includes a great product but it includes the quality and love of our team, the commitment to our team and to our community.  Preserving land, employing your neighbors and helping local charities.  Each bottle includes a contribution to preservation or land and the fundamentals of the American Dream.